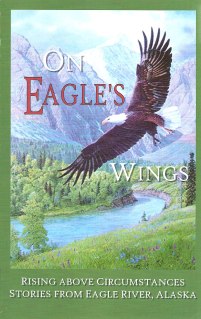 “When I recall those desperate hours adrift in the Bering Sea, I still taste the bitter tang of salt water and wince as I remember those crushing turquoise waves…Two of us rode heaving swells on a slice of our boat’s sinking hull.” An airplane pilot spotted “two seals on a rock” in the trackless sea, and made a second pass with binoculars. Amazed, he led a fishing boat to Linda and Ty, who were barely clinging to consciousness. Coincidence? Not according to Linda, who found true peace after she was “Rescued” from the frigid Bering, AND from the slow-death of alcoholism and depression.

“At a bar, I sat with two other men like me, who stalked the vile clubs and streets of Panama every night, and it struck me that I felt no stabbing conscience about plotting a murder. Murder would be different than taking a life on the battlefield, or in the line of duty. It would be intimate.”  Years later in Afghanistan and other theaters of war, Joe was uniquely qualified to speak with soldiers about eternal matters. He has marched the trails from “Vice to Victory” and offers others a map to find peace.

I wrote six of these 11 stories in On Eagle’s Wings for Good Catch/Good Book Publishing.

Chugach spring.
Strange tracks on the roof... and there's the creature!
Portage